Central Asia is a critical region in post-Soviet geopolitics. Since 1991 the independent countries of Kazakhstan, the Kyrgyz Republic, Tajikistan, Turkmenistan, and Uzbekistan have navigated through the challenges of political and economic transition and negotiating new relationships with one another, as well as with powerful neighbors Russia and China.

The United States has also sought cooperation with the countries of Central Asia on pressing global issues that include democratic governance, international security, and energy markets. Fulbright exchange programs are part of the U.S. government’s engagement with the region.

In 2019, the Melikian Center began partnering with the International Institute of Education to host a pre-departure orientation (PDO) for  Fulbright scholars, researchers and English language teaching assistants (ELTAs) awarded grants for study and work in Central Asia. The PDO draws on ASU regional and technical expertise, as well as the experience of U.S. Fulbright alumni, to prepare Fulbright grantees for success.

The 2019 PDO was hosted on the Tempe campus in July. Restrictions on travel in response to the Covid-19 pandemic pushed most Fulbright awardees to delay travel until January 2021, and the PDO online, with a mix of asynchronous and synchronous sessions. 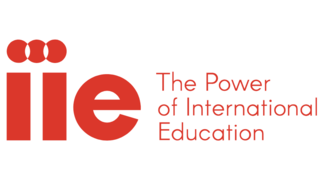 For the first two days, Shane Dixon and Vincent Lauter from ASU Global Launch led the U.S. Fulbright ETAs and ETA alumni in a workshop preparing those headed abroad to teach English in Central Asian classrooms by sharing best practices and helping them to prepare a toolkit for their in-country use. On the second evening, the ETAs were joined by the U.S. Fulbright scholars and student researchers for an inspirational keynote address by David Merkel, who, among other positions, has served as Deputy Assistant Secretary of State for European and Eurasian Affairs, Director for South and Central Asian affairs at the National Security Council, Director for European and Eurasian affairs at the National Security Council in the White House.

On the following two and a half days, the Fulbright awardees and alumni participated in sessions and panel discussions, such as the “Role of Fulbright in Public Diplomacy & Policy” led by Keith Brown with panelists Mark Moody of the Department of State, Asiyat Suleimenova of the U.S. Embassy in Kazakhstan, and Laurie Wolfe, a U.S. Scholar Alumna to Uzbekistan. The alumni provided invaluable advice and tips to the Fulbrighters preparing to go abroad in country-specific sessions and in general sessions, such as “Your Identity Aboard.”